As of Feb. 1, U.S. cattle on feed totaled just over 12.1 million head, the second highest February total since reporting began in 1996. Inventory was up 1 percent from January and up about 1 percent YOY, slightly above industry expectations.

The high number of cattle on feed adds support to corn and soybean prices, as well as to corn and soybean feed component prices in the near term. Recent storms and low temperatures will presumably contribute to delays in moving herds to pasture, bolstering feed demand.

U.S. cattle on feed by season 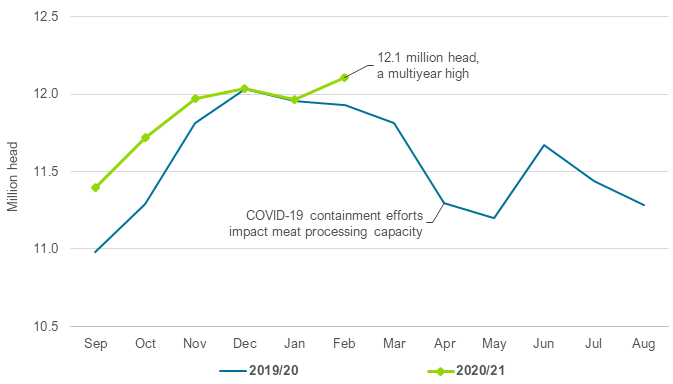