The rally for futures comes on industry announcements from Brazil that confirmed production constraints and a tight market in 2022/23. Though orange juice production is seen as rebounding next season by as much as a quarter, carryout is likely to remain depressed. 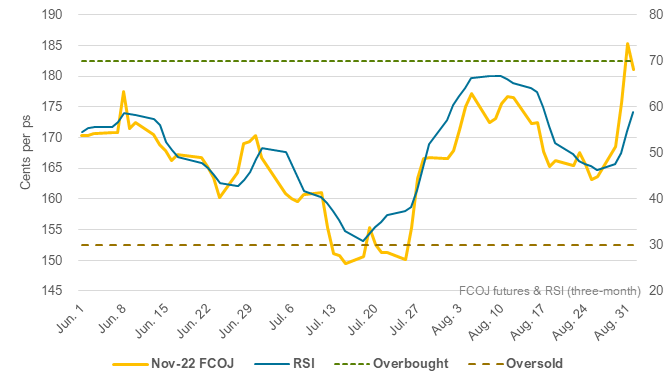