Ethanol use at five-week low

In the week ending Mar. 18, U.S. ethanol blending and refining use was 865,000 barrels per day (bpd), a five-week low but up 3 percent YOY. In past seasons, ethanol use usually starts rising at this time of the year.

Ethanol production was just over 1.0 million bpd, a nine-week high and up 13 percent YOY. So far, production has fared better than last season in terms of volume.

U.S. ethanol ending stocks were 26.1 million barrels, a season high and up about 20 percent YOY.

To alleviate inflationary pressure during the crisis in Europe, Brazil’s Ministry of Economy has eliminated its ethanol import tariffs for the rest of 2022. Import tariffs on ethanol had already been lowered in November from 20 percent to 18 percent, and now to zero.

Weekly U.S ethanol use by season 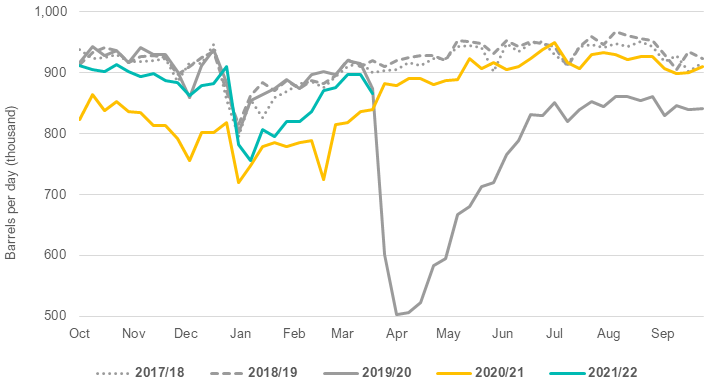