Ethanol use at eight-week high

In the week ending Feb. 18, U.S. ethanol ending stocks were 25.5 million barrels, a three-week high and up about 12 percent YOY.

U.S. blending and refining use was 871,000 barrels per day (bpd), an eight-week high and up 20 percent YOY. Ethanol use tends to rise from late February and well into summer months.

Ethanol production was just over 1.0 million bpd, a three-week high and up about 56 percent YOY. Production this season has consistently overtaken last season’s volume, though still below 2019/20 levels. 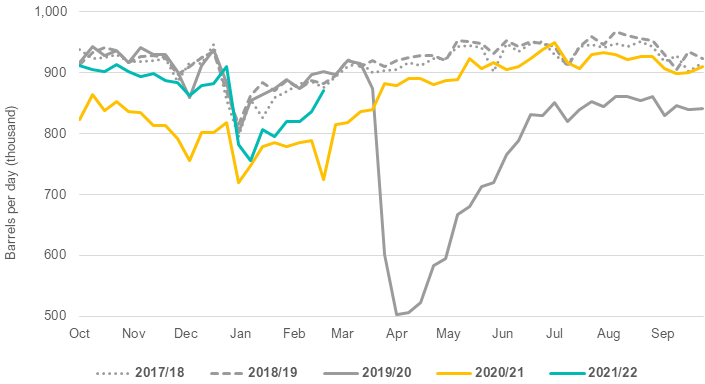