In the week ending Nov. 5, ethanol blending and refining use was at 893,000 barrels per day (bpd), the lowest weekly volume since mid-May and about 1 percent below the five-year average.

Lower use helped ethanol stocks rise to a two-month high of roughly 20.3 million barrels, which is almost 5 percent below the five-year average.

IQ subscribers may log in to view ethanol updates for the week ending Nov. 12 here. 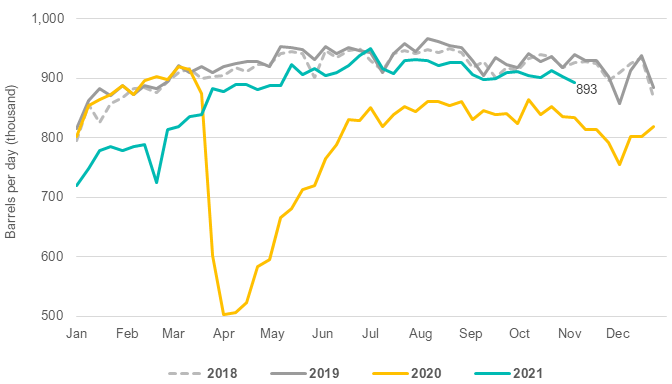