The August WASDE shows national corn yield in 2021/22 at 174.6 bushels per acre (bpa), down 4.9 bpa from the original forecast. This drop in yield pushed production down to 14.750 billion bushels, still the second-largest crop on record, if realized, but down 415 million bushels from the July forecast and notably below the average industry estimate. 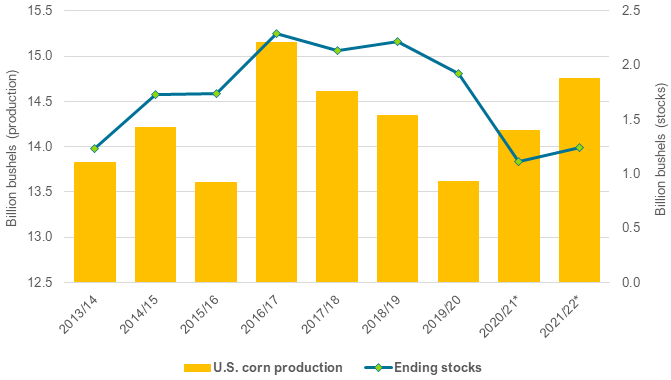