USDA’s most recent soybean oil consumption data is for November and shows that domestic demand is robust, with over 1.17 billion pounds of refined soybean oil removed from stocks for use in edible applications, up 9.5 percent YOY. Use for biofuel production was likely at or higher than October’s volume of 832 million pounds—historically strong. 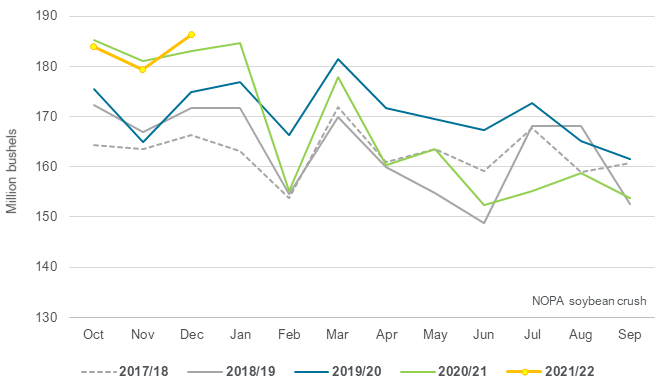 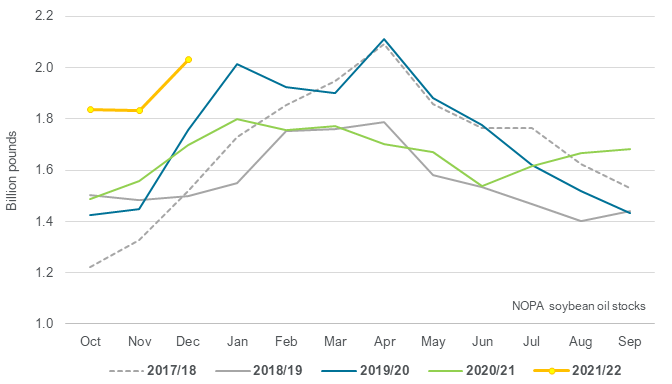