China’s corn-producing regions saw favorable weather from August through September, helping to improve or at least maintain the yield outlook. Dryness has been less of an issue in China this summer than in the U.S.

Limited rains over the next two months would be ideal for harvest in China. Mild to moderate rains are forecast in most of the country’s corn regions into early October, except for Shandong and Henan, where heavy rains may lead to harvest delays. These two regions account for about a fifth of Chinese production.

In Ukraine, limited rains are expected into early October, which should favor early corn harvest. New-crop corn production in China and Ukraine is forecast notably higher than in 2020/21, when weather issues led to underwhelming production. 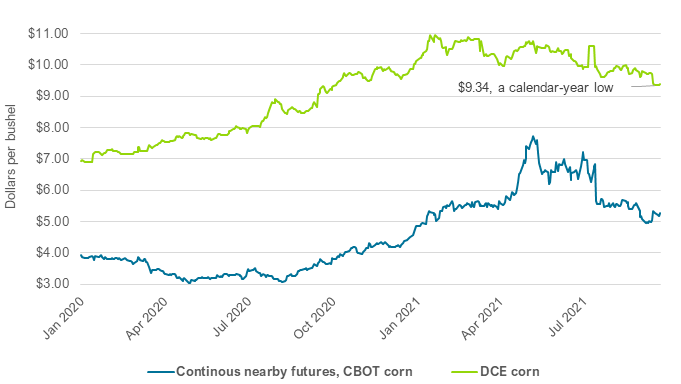