On Wednesday, Sep. 1, most-active Dec-21 corn futures settled at a one-month low of $5.2275, some 29 cents below the 20-day average and almost 4 cents below the lower Bollinger Band.

Since mid-June, the contract has experienced limited volatility, trading within a range of $5.1700 and $5.8900, shrinking the spread between the Bollinger Bands to just under 52 cents, down from $1.50 at the start of June.

RSI was neutral at around 44.0 percent on Wednesday, but MACD and the stochastic were both nearing bullish crossovers by the end of the trading session. 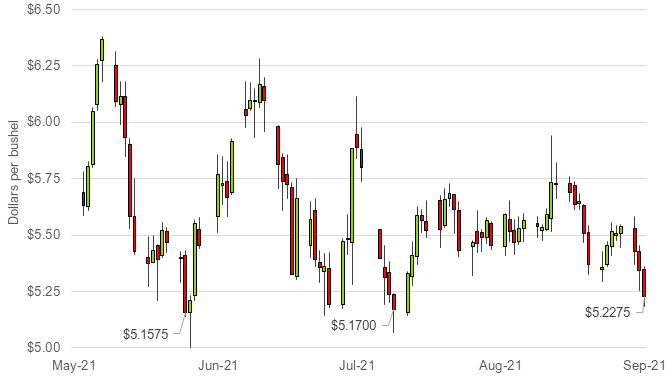