On Wednesday, Aug. 4, most-active Dec-21 corn futures settled at $5.4675, nearly 2 cents below the 20-day average but about 5 cents above the 100-day average, a significant support level.

RSI and MACD were neutral, with the former at around 48.9 percent. The stochastic saw a bearish crossover earlier in the week and trended lower since. The spread between the upper and lower Bollinger Band is narrowing on low volatility since the July WASDE. 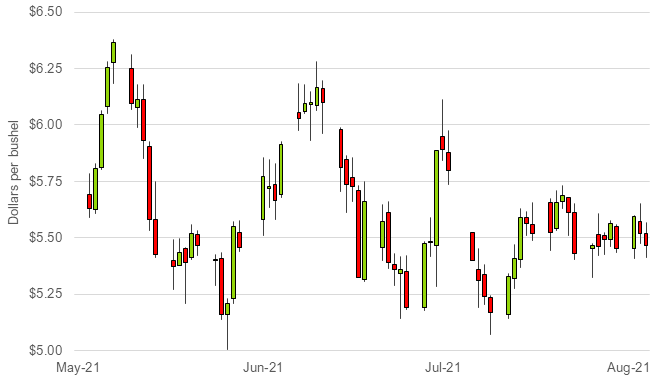