Despite lower beginning stocks, 2021/22 ending stocks were forecast at 1.432 billion bushels, up 75 million bushels from the June figure on higher domestic production. Higher new-crop production was partially offset by predicted increases to feed use and exports in 2021/22. 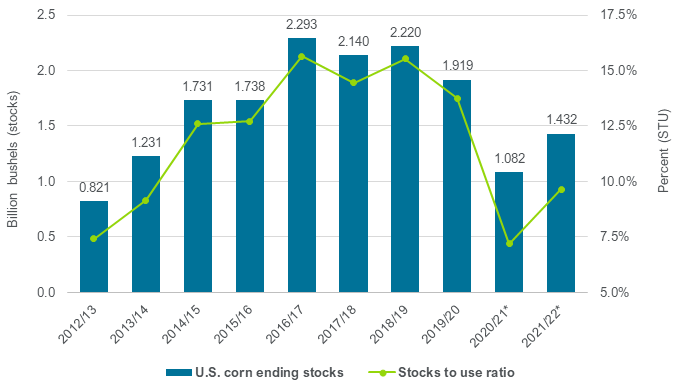