Net U.S. almond shipments in January were about 194.3 million pounds, shelled and inshell, down 24 percent from December and down over 12 percent YOY. Exports of 135.5 million pounds were down 9 percent YOY and accounted for nearly three-quarters of all shipments.

Cumulative 2020/21 shipments (Aug-Jan) rose to almost 1.48 billion pounds, and total crop receipts as of Jan. 31 were over 3.0 billion pounds, up nearly 21 percent YOY. Based on a gross crop estimate of 3.075 billion pounds, the total industry sold position was some 69 percent, up 3 points YOY.

The global shipping container shortage was a key factor in significantly lower almond and walnut shipments from December to January. 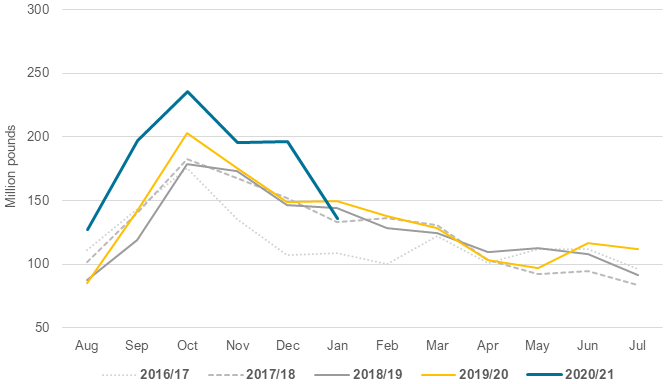