Early this month, continuous nearby ICE coffee futures reached a ten-year high of $2.5020 per pound, still below the 2011 $3.00-plus record.

Costly freight prices led coffee growers in Brazil, Colombia, and Ethiopia to default on prior sales commitments and instead hold back their supply, per USDA. Growers may soon resell at more profitable prices, however.

Frost and drought conditions in Brazil have raised concerns over the state of crops for the 2022/23 season. Roughly 20 percent of coffee trees were ruined because of these conditions, reducing the overall stock for the coming season. Adding to that, around 12 million bags of coffee could be lost in Brazil’s next harvest, according to IGN. 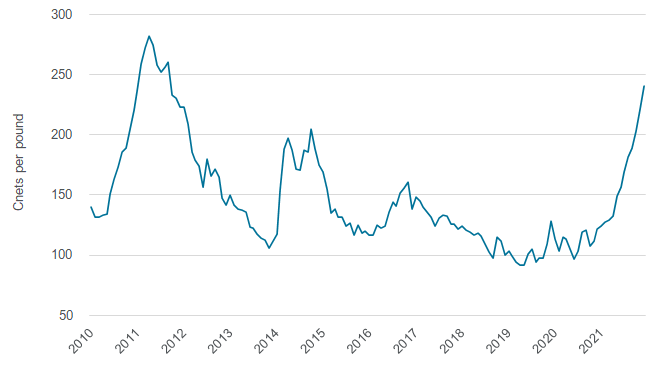