Precipitation has returned across cocoa-growing regions of West Africa, marking the end of the harmattan season and several months of dry conditions. Throughout most of Q1, cumulative rainfall has trailed both last season and the mean recorded rainfall. Cocoa trees were stressed, and excessive dryness caused leaves to yellow and immature pods to wilt or not fully develop.

The actual impact on crops remains to be seen, but a negative impact seems probable for this year’s midcrop, which officially starts next month and runs through the end of summer (late August/early September). Likely effects may be lower pod load per tree and smaller, less-developed pods with smaller beans inside. That would raise the bean count (beans per 100 grams) and further pressure the yield for converting beans to roasted cacao liquor.

Smaller mid-crop beans are typically lower-yielding, and origin regulators typically discount these to local or in-country bean processors. Higher levels of acidity and free-fatty acids have been reported in smaller beans arriving in port due to the dry weather.

While the arrival of rains and end to the dry season will support flowering and pod-setting for the 2022/23 main crop, higher precipitation in the second half of March likely comes too late to help most midcrop beans now on the trees. 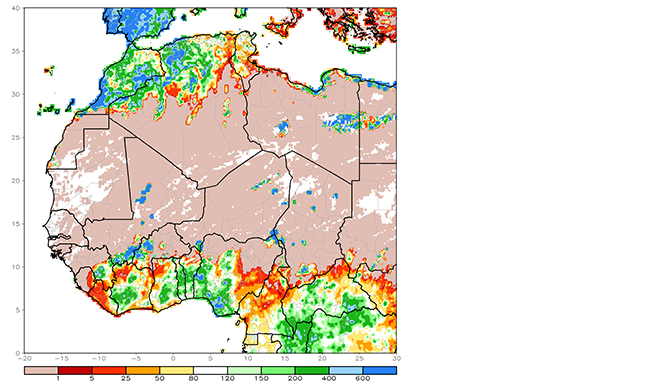