Managed money has been shedding positions but added to shorts more vigorously in the back half of October, and their net short positions reached a four-week high. Open interest rebounded, too, and is now up 25 percent YOY. 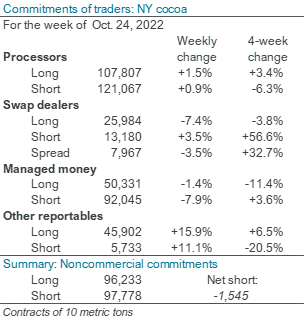 Per Ghana’s Graphic Online, Ivory Coast and Ghana boycotted a late-October global conference on cocoa sustainability in Belgium. Per a statement from the head of CIGCI (Cote d’Ivoire-Ghana Cocoa Initiative), the two countries are object to the status quo of the cocoa trade: “Our members are not happy with the state of play, and we want to send a clear message that we will not undermine the livelihoods of farmers.” 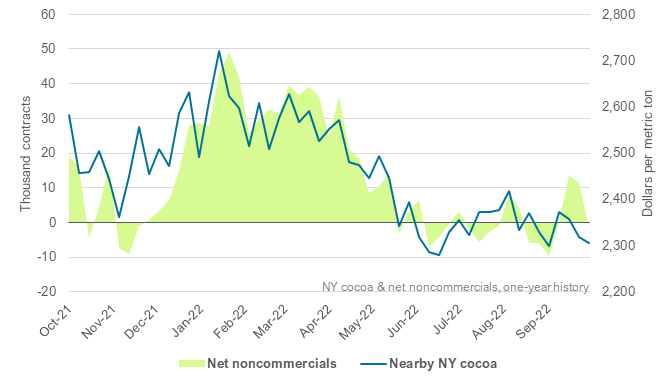