Southern Brazil is expecting another frost event before August, the third such event in the past month, which has seen the worst stretch of weather for the region in the past 25 years.

Just 39 percent of Brazil’s safrinha corn was harvested as of Jul. 23, per AgRural. With most of the crop left to harvest, final yield is expected to be impacted by the poor weather. Brazil’s total 2020/21 corn production is now expected below 88.0 MMT vs. USDA’s July estimate of 93.0 MMT.

To offset losses, the country will likely rely heavily on corn imports from Argentina and, to a lesser extent, the U.S., per Soybean and Corn Advisor.

Significant frost damage to Brazil’s citrus, coffee, sugar, and wheat sugar crops is also likely. A precise assessment of losses should be possible by mid-August.

Frosts in Southern Brazil Impact Corn, Coffee, Sugar, Citrus, Wheat: A third wave of frosts is forecasted to hit southern Brazil this week and it is predicted to be the worst thus far this year. Last Wednesday, many cities in southern Brazil registered their lowest temperatures on record for that date. We have focused mostly on the impact on safrinha corn, but other crops such as coffee, sugarcane, citrus, and wheat have also been impacted by the cold temperatures. 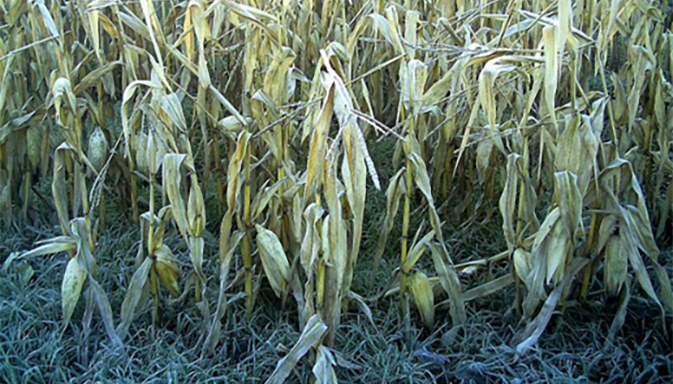