As center-south cane crush ramped up, July exports were 2.87 MMT, up 16 percent YOY. Brazilian exports from April through July totaled 8.09 MMT, down nearly 15 percent YOY and down about 4 percent from the five-year average for that period.

Sugar pricing in Brazil has trended higher in the last two years but saw a correction lower in June and July. Average August pricing, near USD 0.22 per pound, is up about 1 percent YOY. In recent seasons, sugar pricing typically appreciated from August through November. 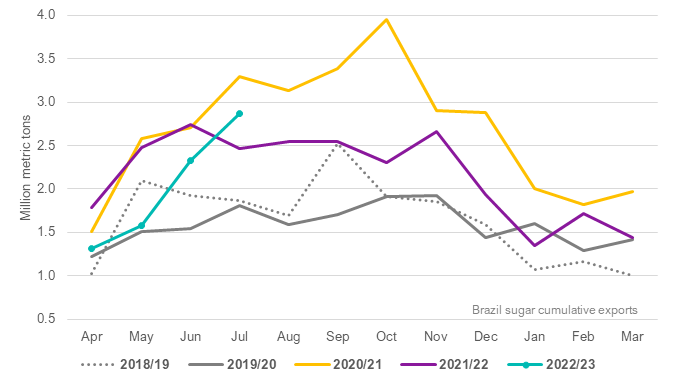