Soybean oil stocks saw another month of gains, with 51.0 million pounds added during August. Rising stocks during July and August is not the usual and hints at a decline in soybean oil use for biofuel. 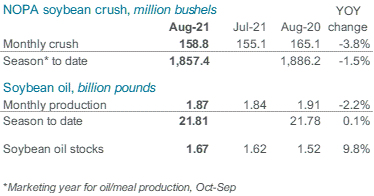 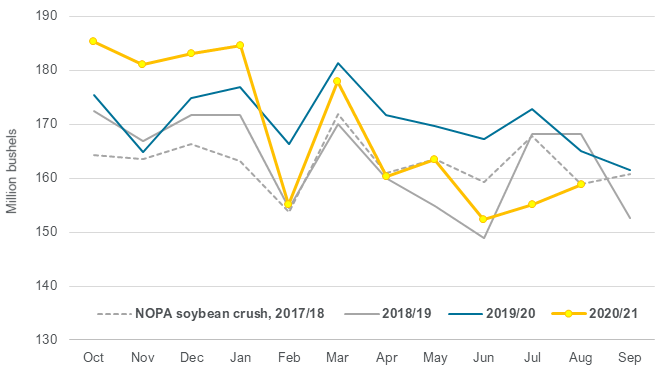