NOPA crush during April was about 5 percent lower than the average of analyst expectations ahead of today’s report. Although down from last year’s record volume for April, the month’s crush this year was around the same level as in 2018 and 2019.

Crush may have been limited by processor downtime and also reflects intense competition for beans.

Soybean oil stocks are notably lower YOY, and in April they dipped below 2018/19’s level. Domestic soybean oil use is on the upswing, and the sharp rise in soybean oil pricing is lifting other edible oils, which may protect soybean oil from significant substitution in the near term. 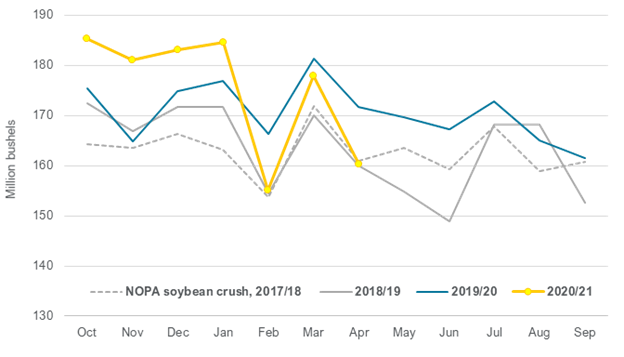 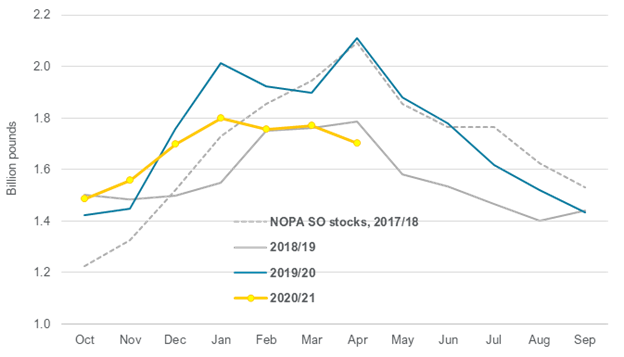